Welcome Martha Conway with a guest post, "What is a Quest Novel, Anyway?" 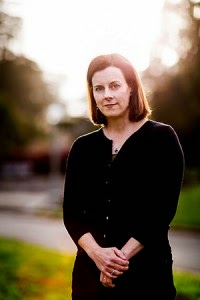 I'm happy to have Martha Conway here as a guest! She is the author of the quest novel, Thieving Forest. Which brings us to the topic of today's guest post:


I once had a teacher in a writing workshop who used to say over and over again, “What does your character want?”

Characters who want something go out looking for it. That’s a quest novel. You might claim that all novels are quest novels, and you won’t find much argument from me.

However, there are some common elements associated with a traditional quest novel, or as Joseph Campbell calls this kind of tale, “the hero’s journey.” The hero, or in my case heroine, receives a call to action that she is usually reluctant to take. A gatekeeper shows her the way out of her old world and into the next. As she goes on her journey she meets various personalities — the trickster, the shaman, the wise woman. And in the final battle she must sacrifice something of value.

When I set out to write Thieving Forest, I wanted to write a quest novel with a heroine instead of a hero, and I began by looking for some good models. But strangely, outside of the fantasy and science fiction genres, I found very few examples. Why shouldn’t a woman be the one to go out on adventures? Women are brave and curious, we can be misguided and make foolish choices—all excellent, story-worthy traits for a character on a journey.

My protagonist, Susanna Quiner, is looking for something very specific: her sisters. They were abducted by a band of Potawatomi while she, being hidden, was left behind. Her journey is a search for family. And yet she also goes on an emotional journey as well. Susanna wants to find her sisters, yes, but she also wants to understand her role in the family. On a very basic level, she wants to find out who she is.

I think that in all good quests, maybe in all good stories period, the protagonist must also find something that is intangible, like enlightenment or self-knowledge. Susanna, is no exception. She must find whatever will heal the wound that drove her out of her home in the first place. 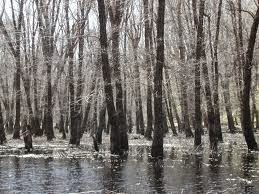 And that almost always comes from the inside; it’s not something that a character picks up on the forest floor. And yet the act of walking, of journeying, of going someplace new and meeting new people and facing obstacles and overcoming them—that’s what brings about inner change. Only when a character has changed in this way can she find the more tangible item she’s looking for.

Susanna finds her last sister only after she is able to face her biggest fear: being alone. And yet in one sense she was alone from the very beginning (remember, her family was taken from her). So in some ways my quest novel is not only about search, but about acceptance.

And I think that acceptance can sometimes be the hardest thing to find.


Thank you to WOW! Women On Writing for providing this stop on Martha Conway's blog tour!

Thieving Forest
On a humid day in June 1806, on the edge of Ohio's Great Black Swamp, seventeen-year-old Susanna Quiner watches from behind a maple tree as a band of Potawatomi Indians kidnaps her four older sisters from their cabin. With both her parents dead from Swamp Fever and all the other settlers out in their fields, Susanna makes the rash decision to pursue them herself. What follows is a young woman's quest to find her sisters, and the parallel story of her sisters' new lives.

The frontier wilderness that Susanna must cross in order to find her sisters is filled with dangers, but Susanna, armed with superstition and belief in her own good luck, sets out with a naive optimism. Over the next five months, Susanna tans hides in a Moravian missionary village; escapes down a river with a young native girl; discovers an eccentric white woman raising chickens in the middle of the Great Black Swamp; suffers from snakebite and near starvation; steals elk meat from wolves; and becomes a servant in a Native American village. The vast Great Black Swamp near Toledo, Ohio, which was once nearly the size of Connecticut, proves a formidable enemy. But help comes from unlikely characters, both Native American and white.
Both a quest tale and a tale of personal transformations, Thieving Forest follows five pioneer women and one man as they contend with starvation, slavery, betrayal, and love. It paints a startling new picture of life in frontier Ohio with its mix of European and Native American communities, along with compelling descriptions of their daily lives. Fast-paced, richly detailed, with a panoramic view of cultures and people, this is a story of a bygone era sure to enthrall and delight.

About the Author:
Martha Conway’s first novel 12 Bliss Street (St. Martin’s Minotaur) was nominated for an Edgar Award, and her short fiction has appeared in The Iowa Review, The Mississippi Review, The Quarterly, Folio, Puerto del Sol, Carolina Quarterly, and other publications. She graduated from Vassar College and received her master’s degree in Creative Writing from San Francisco State University. She has reviewed fiction for the San Francisco Chronicle, The San Francisco Review of Books, and The Iowa Review. The recipient of a California Arts Council fellowship in Creative Writing, she has taught at UC Berkeley Extension and Stanford University’s Online Writers’ Studio.ethany Masone Harar graduated with a Bachelor's degree in English from James Madison University and a Masters in Secondary English Education from Virginia Commonwealth University.

Wish her a happy birthday on her Facebook page!

Or, check out her women's fiction novels at: 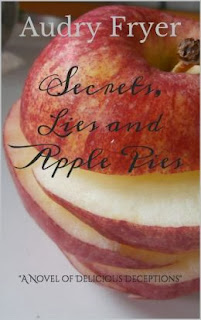 Celebrate Audry Fryer's birthday
by treating yourself to a slice of:

SECRETS, LIES AND APPLE PIES
Available for Kindle and Nook.

A must-read for October

"A novel of delicious deceptions!"