Mini-Memoirs: How to tell your story in fewer than 1000 words, Guest Post by David Berner

Welcome David Berner, author of There's a Hamster in the Dashboard: A Life in Pets. 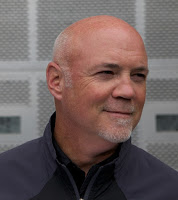 Mini-memoirs:
How to tell your story in fewer than 1000 words.
by David W. Berner

Short is sweet. Concise is nice. Brevity is the soul of wit. There are many reasons to keep your story short, and even if your narrative encompasses years of a life, there are merits to writing the short-form personal essay either as a stand alone entity, or as a piece of the bigger puzzle of a full-blown memoir.

Many years ago, a mentor of mine gave me a great bit of advice. I was overwhelmed with the organizational nightmare of writing a 50,000-word memoir about the time I had spent teaching in a troubled Chicago-area school district. At the time it was the biggest project I had ever attempted.

“Write it piece-by-piece, one moment at a time,” he said.

We remember in moments. So, the idea is to write that way—moment by moment. A memory is a single scene in the larger film of our life, so when writing memoir or a personal essay focus on just that one, singular scene. Approach it with honesty, authenticity, and do not try to say everything you always wanted to say in that short experience. Stay in the moment. For many writers, this might be a 5000-word scene or one of 3000 words. But shaving that story down to 1000 words or fewer will help laser in on the scene’s true meaning and, maybe most importantly, force you to choose the perfect words, construct precise descriptions, and hone in on only what is essential. This doesn’t mean you have to forego the reflective moment in the narrative—that deeper truth—because you are trying to keep the story brief. It simply means the reflection might have to come in one well-crafted sentence instead of four or five paragraphs or an entire page. Think of the reflection as what one writing coach called it—an instant of insight.

This genre is sometimes called “flash memoir” and it is becoming quite popular in literary journals and at online memoir publications. The short form is much more digestible for the reader and editors are embracing it. Brevitymag.com is the king of these publications. It calls itself a “journal of literary nonfiction” and asks for submissions of 750 words or less. That’s really shrinking the narrative. But there also have been entire memoirs written in this form, small memories coming in individual chapters gathered together into a larger manuscript. The author Abigail Thomas has written several memoirs in this form—What Comes Next and How to Like It and Safekeeping, to name two of them. There’s also a wonderful memoir entitled Ghostbread by Sonja Livingston. Each chapter is a tiny, small moment in time. The opening chapter is fewer than 200 words.

Many times the beauty of a story is in its simplicity. When it is told in its purest, rawest form it can resonate more freely. Super-short memoir allows for this and permits the writer and the reader to think only of that particular moment in time, just that one human experience and what it means in the larger story of a life.

Thank you David Berner for sharing this informative post on the fine art of short and sweet!
Also, thank you to WOW - Women on Writing for providing this stop on David's blog tour! 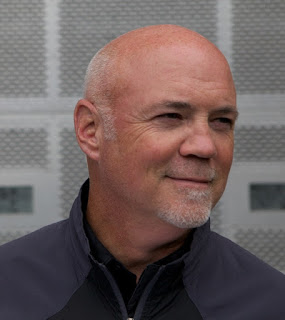 David W. Berner is a journalist, broadcaster, teacher, and author of two award-winning books: Accidental Lessons, which earned the Royal Dragonfly Grand Prize for Literature, and Any Road Will Take You There, which was a Grand Prize Finalist for the 2015 Hoffer Award for Books. Berner’s stories have been published in a number of literary magazines and journals, and his broadcast reporting and audio documentaries have aired on the CBS Radio Network and dozens of public radio stations across America. He teaches at Columbia College Chicago. 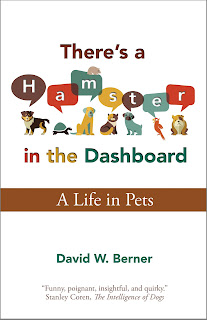 A book of essays by award-winning author and journalist David W. Berner is the next best thing to storytelling around a bonfire. In There’s a Hamster in the Dashboard, Berner shares stories of “a life in pets”—from a collie that herds Berner home when the author goes “streaking” through the neighborhood as a two-year-old, to a father crying in front of his son for the only time in his life while burying the family dog on the Fourth of July. And from the ant farm that seems like a great learning experience (until the ants learn how to escape), to the hamster that sets out on its own road trip (but only gets as far as the dashboard). Along the way, Berner shows that pets not only connect us with the animal world, but also with each other and with ourselves. The result is a collection of essays that is insightful and humorous, entertaining and touching.
Buy links:

Print copy only: Dream of Things

please visit www.audryfryer.com
Posted by Audry Fryer at 5:00 AM 1 comment:

Email ThisBlogThis!Share to TwitterShare to FacebookShare to Pinterest
Labels: David Berner, memoir, Mini-Memoirs, There's a Hamster in the Dashboard

OCD: How This Super Power Can Be Used for Good or Evil, Guest Post by Eric Trant

Welcome Eric Trant , author of Steps, with an insightful guest post on the positive side of OCD.

Thank you Eric Trant for this post which I can subtly identify with some of my own traits!
Also, thank you WOW-Women on Writing for providing this stop on Eric Trant's blog tour!

Eric W. Trant is a published author of several short stories and the novels Wink and Steps from WiDo Publishing, out now! See more of Eric's work at
www.EricTrant.com
http://www.goodreads.com/author/show/6939871.Eric_Trant
http://www.amazon.com/Eric-Trant/e/B00DU1O8T0 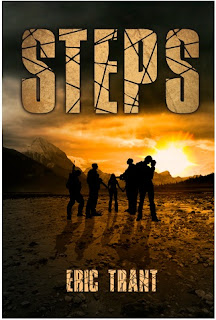 Steps is a well written science fiction novel you won’t want to put down. Following the Peacemaker family through their battle of survival will keep you on the edge of your seat as you wait to see what obstacle is next.

Society is falling to a ravaging virus, and the Peacemaker family is stranded in the mountains of Arkansas. Forced to band with a group of deserted soldiers, they battle to survive starvation, apocalyptic cataclysms, and a growing number of dangerously infected wanderers.

As their dwindling number struggles against ever-increasing odds, they realize they are not alone in the wilderness. A large creature is present in the hills, at first seen only as a fleeting shadow.

Now the family not only faces impending death from the unstoppable virus, they must also deal with the mysterious giant, whose footprints signify that he knows where they are.