Are you "Rise and Shine" or "Stay and Snooze"? 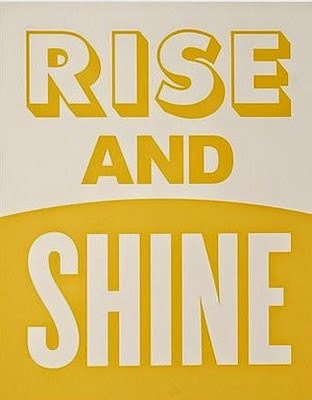 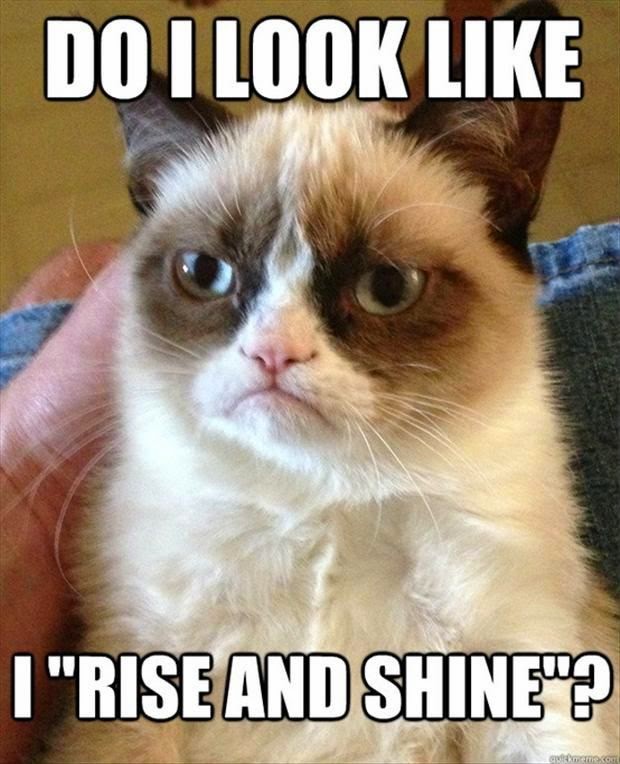 Disclaimer: I don't rise well (or quickly) in the morning and I don't shine until after my first oversized mug of coffee! I'm with you Grumpy Cat on Team: "Stay and Snooze".

That said, I've always wished I was more of a morning person. There's articles out there (don't go looking for them now .. trust me they're out there) that claim morning people accomplish more and I want to accomplish more. But how to get motivated on a cold, dark January morning? 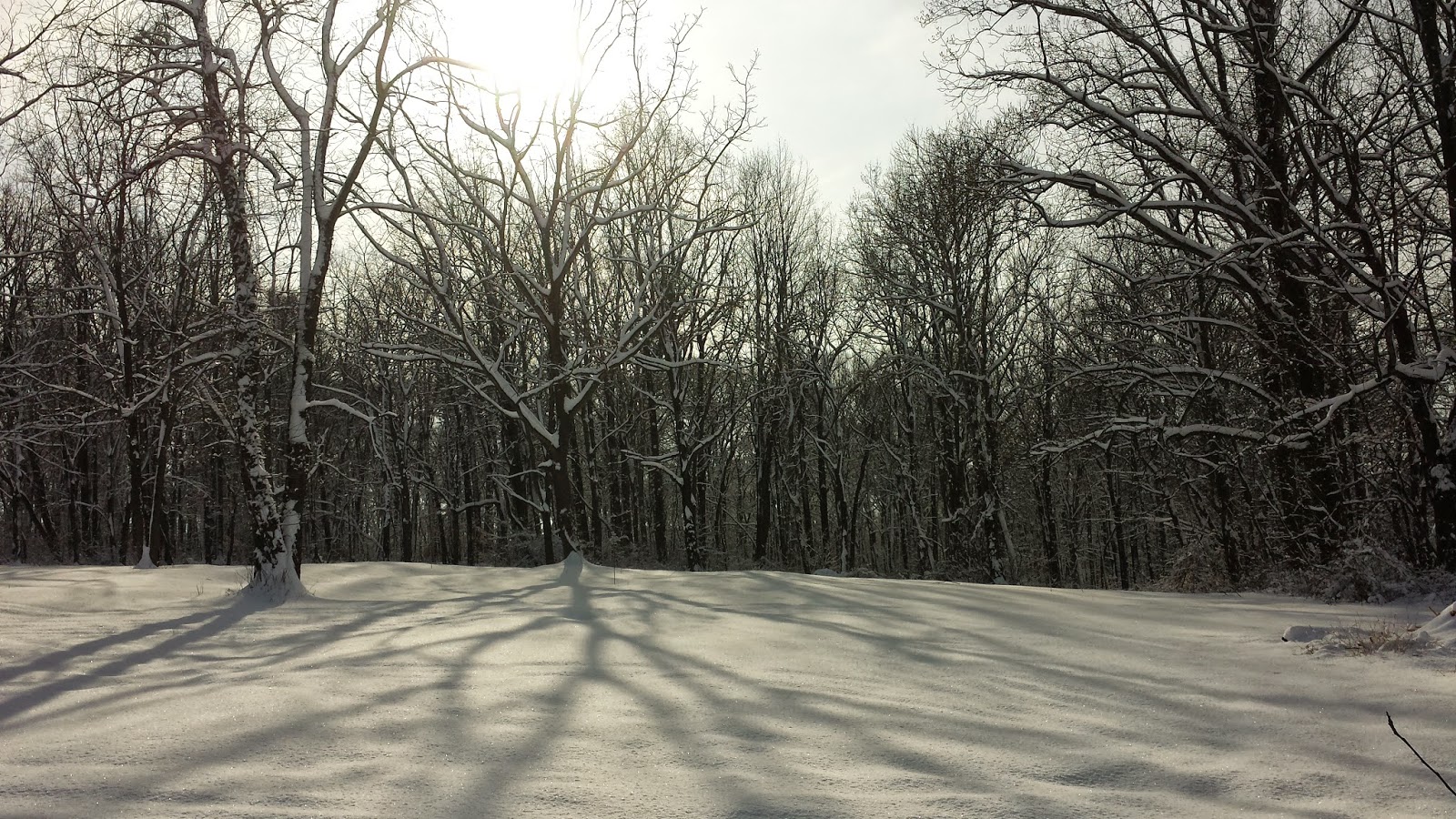 "Rise and Shine" (link below) is the name of a motivational YouTube video that I discovered a week ago on my Facebook newsfeed. I believe it was posted by a running enthusiast friend that like me is hanging out on the corner of "Under 40" and "Over 40". And, let me say, I always give my sweat-soaked, exhausted runner friends a "like" from the warm, cozy comfort of my couch or my bed. Seriously, no envy here. 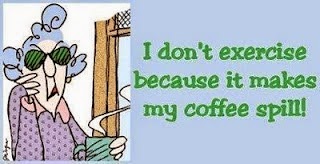 Despite my aversion to taking up running, there was something to this video. Yes, it features runners and sprinters and off-road trekkers going the extra mile and solidifying it with a gold medal performance. Yet, I thought, if this narrator with his Home Depot "Get-Out-There/Let's-Do-This" voice could motivate people to leave their warm bed and pound out a workout, he could motivate me to at least wake up an hour earlier. I pictured the runner's feet representing my fingers on a keyboard, typing away relentlessly as I beat a path to a best selling novel and a coveted movie deal. This video could be the difference! Victory!

I do recall last spring when the Home Depot spokesman convinced me I had the power to create a garden that was Pin-worthy, Facebook boast worthy and a real contender for a magazine spread. I went to Lowe's (maybe here's where it started to go wrong, but that store is closer to my home) bought a few less flowers than I originally intended (because the commercial doesn't tell you how quickly all this "do-this" gardening can add up on the wallet) and set out to create flower paradise. The end result: a weed paradise with a few flowers struggling to survive.

I wouldn't let that setback hold me back. It's January. I have resolutions that need to start being kept. And this video is going to make that happen. So I downloaded a sound bite from the first minute of the video and set it as my alarm at an early time (well, an early time for me ... such as, the-sun-wasn't-up-quite-yet early). And then, I went to sleep.

At a ridiculously early time, I heard the words, "Rise and Shine," from a deep male's voice that sounded nothing like my husband's morning grumble. I sprung up, freaked out by the unknown voice still talking. I completely forgot my good intentioned alarm choice. No more soothing wake-up song today. Nope, just the creepy Home Depot-like spokesman in my ear; which in the dark, cold morning sounded less like a motivational revery and more like a serial killer. "Rise and shine, I'm coming to get you!" If you write horror (which I'm sure loads of horror writers flock to this feel-good blog about motherhood, life and novels), this idea of a rise-and-shine-creepy-voice character is golden.  I mean, just saying, from my own experience, nothing wakes you up like ripples of fearing for your life first thing in the morning (however briefly it lasted).

Score one for the motivational soundtrack for all the wrong reasons! In this case, the adrenaline surge did cause me to become fully awake and alert. 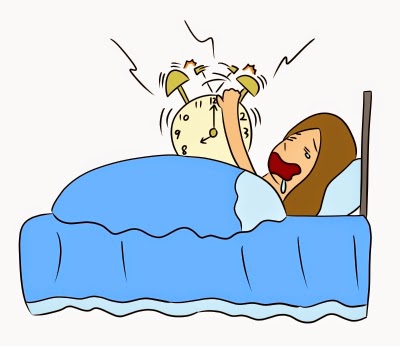 As of this morning, I've changed my alarm setting. Still, I continue on my quest to make the most of my morning hours and stamp out a third novel in the same spirit of my marathon running friends who keep going without giving up!

As promised, here's the link for the video.  https://www.youtube.com/watch?v=SuPLxQD4akQ
Let me know what you think! Are you "Rise and Shine" or "Stay and Snooze"? Comment here or on my Facebook Page!

Posted by Audry Fryer at 5:00 AM No comments:

If you're like me, your day doesn't start until after your first pot ...er, cup ... of coffee.
So, grab a mug of your favorite brew and enjoy! 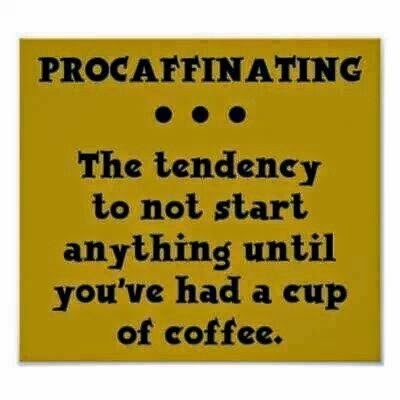 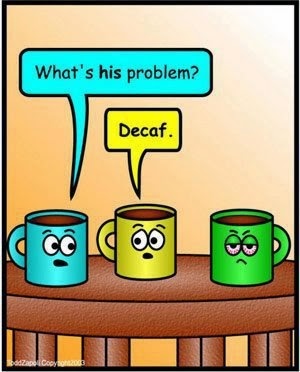 #3 The real reason I occasionally attend church and do good deeds ... 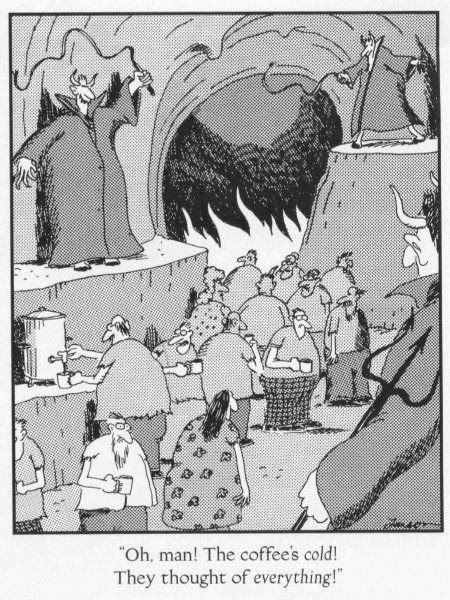 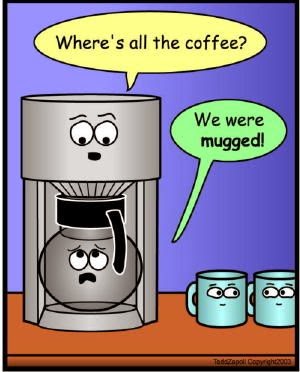 #5 Unfortunately, drinking coffee does not help you arrive on time. (I know!) 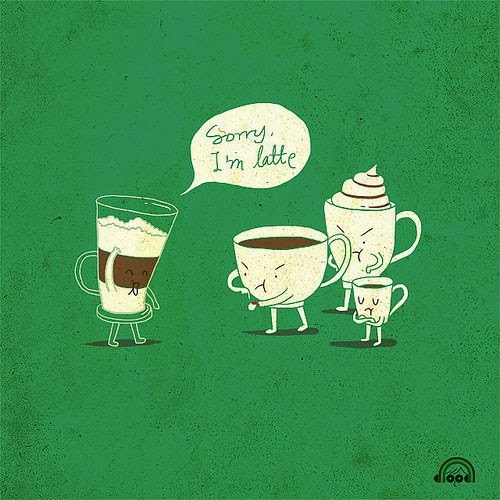 Hope you enjoyed these funnies a latte! Feel free to expresso your happiness about this post in the comments or on my Facebook Page!

This week I came across two articles that have sparked my sensitivities about the words I use, most likely words you use ... we all use everyday. Of course, as a writer, you can see why I was drawn to such articles. But, it seems for all of us, no matter what profession, choosing your words carefully can make all the difference to your outlook and how others view you.

First up, an article by Michael Hyatt (if you're interested in finding success in any part of your life, follow this guy). Check out how making a one word swap of taking out "have to" and replacing it with "get to" can make all the difference in "How a Shift in Your Vocabulary Can Instantly Change Your Attitude."

Suddenly, I'm really, very aware that if I started using different words instead of the ones I've been overusing, that my writing, posting and speaking would become even more awesome and amazing! I am taking a deep sigh as I agonize over "awesome" and "amazing" making this list of words to "erase forever", but it's worth reading why in this article from Writer's Circle, "Very and Other Useless Words to Erase Forever."

Now that you know what words to avoid, replace them with this list from Buzzfeed's article, 48 Ways to Make Your Life A Million Times Better. So to quote a few words from the above list, I'm thankful you stopped by my blog for this delightful post on words. I've got to skedaddle! Before I go, I have the gumption and the audacity to share my delightful website www.audryfryer.com with you! It would be so lovely if you took the time to contemplate my site. I hope you become enthralled by my dandy selection of novels. Until next week, may your days be resplendent with scrumptious hullaballoo!

"She believed she could, so she did." That's what she said!

Hi Friends from a frozen corner of PA! Welcome to a brand new year with brand new resolutions already days and days old. I can say I've kept all my resolutions ... and that's only because of procrastination! I put off eating healthy until after my son's birthday on the 13th and I started my resolution to get back to writing this past Monday and as for this blog, I started today ...

BLOG NEWS Here's a resolution I plan to keep: Every Friday, enjoy a fresh new post from yours truly. Be prepared to be entertained with bits and pieces of my life, fun book reviews and more blog tours. Woo-hoo!

As for my writing resolution (that, yes, started on Monday), Novel #3 is off to a blazing start. It seems all the hard work I did in November paid off. While I didn't write an entire novel in a month, I did develop a charming beginning right before the holiday season put my writing ambitions on pause.

Which reminds me, I need to get back to Chapter 2 or there'll never be a Chapter 3!


Here's a resolution worth keeping:
Read more books!
And, luckily, I can help with that:
Check out www.audryfryer.com

See ya next Friday!!!