Warning: A Horrendous Streak of Bad Luck Ahead

I wish I would have gotten a message warning me, so I could have planned appropriately.  As I type, there is a mysterious knocking noise coming from something mechanical (happily not animal) under the house.  Will it never end???

After a weekend in which the dryer broke and the bird house on my wash line was knocked off presumably from the gusty storms, I officially declared our bad luck around here a streak.

Last night, we picked up the van and paid the bill for the repairs.  Jasper the mechanic in South Philly would be interested to know that the dealership service found many a thing broken.  I’m not exactly sure, but when the service shop called to inform me of the repairs it sounded like, “Your ABC all the way to your XYZ needs to be replaced, reprogrammed and throttled (or something about giving the throttle therapy – I’m not sure).  Plus, we’ll be cleaning all your connections and cleaning out your bank account.”

So, what was I to do to end this streak of bad luck?  I know, surf the web!  I found many feng shui items for sale, scary headings for spells and this list from http://www.wikihow.com/Get-Rid-of-Bad-Luck of vague superstitions I may have accidentally unknowingly done.

Be aware of vague superstitions:

Wikihow goes on to suggest throwing salt over my left shoulder.  Last week, the double finger crossing didn’t work, but, what the hell, I’m game.  Where’s that sea salt grinder?  Does it count if I only have sea salt?  Oh, I’m doomed!

Posted by Audry Fryer at 8:00 AM No comments:

Girls Getaway
Once a year, nearly every summer since I graduated college, I make my annual pilgrimage to the shore with a group of friends.  Through the years, the group of woman I accompanied have changed from good-time college friends to the lovely group of ladies I feel privileged to call my friends today.  The location of our ventures has always been kept in the drivable range, anywhere from Ocean City, Maryland up through Rehoboth Beach, Delaware and into Southern New Jersey from Cape May to the other Ocean City.  Sometimes the weather cooperated beautifully and some years were nothing but rain.  Of course, there were the  few years I may have missed, most notably 2006 when I was enormously pregnant with the twins.  But, I hadn't expected to miss this year's getaway.

The best laid plans ...
As difficult as it was to get every one's schedules to match, we found a way to make it work - a midweek getaway in which four of us would get an early start while I would drive my very pregnant, though able to travel friend later that afternoon.  Since becoming a mom, getting away even for a night and a day takes some finagling.  And yet, this year between my husband and my super helpful parents, I had a plan in place that seemed to work surprisingly smoothly.  I said as much as my friend and I merged onto the highway perfectly on-time to be down the shore by dinner. 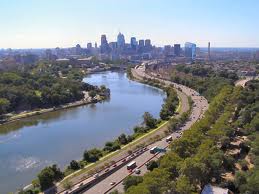 The Curse of the Schuylkill Expressway
For those of you unfamiliar with this infamous stretch of roadway that cuts directly through the heart of Philadelphia, you may not be able to fully appreciate the horrific emotions I felt when I tell you that I stalled three, (yes three!) times on this road.  My mini-van, my gently treated, dependable vehicle of transporting my family all sorts of places, decided that yesterday on the Schuylkill Expressway no less, it would cease to function properly.  Now, I am no stranger to having a vehicle die on this very road.  Fortunately in this instance, after a third scary stall out, I was able to make it to a suitable exit.

Jasper
Jasper is the name of the mechanic shop we eventually found once exiting at the sports complex.  After inquiring with the pharmacist at a CVS, stalling once more in the parking lot, we managed to find the garage two blocks down.  A couple of guys who looked the part in greased stained clothing inspected the van.  They took it on a "test ride" which reminded us of Ferris Bueller's Day Off when the valet took Cameron's Dad's sports car on a joy ride.  "There's nothing wrong with this vehicle," one of the men told us who shall remain toothless.  The van drove fine for them.  I must have done a poor job of fueling up at the beginning of our trip.  And then, as the men were bidding us a fond farewell, the van showed her true colors by stalling out right there on idle in the parking lot which was shared by a gas station and, since we were in South Philly, a cheesesteak place.

Chickie's and Pete's
If you're going to get stranded, it might as well be with a friend who, as always, was understanding and just plain awesome in general at a cool restaurant/bar that might be a destination all on its own in other circumstances.  While waiting for the heroic duo of my husband and my dad to come rescue us, my friend and I did at least get our seafood dinner albeit minus the view.


I should be sitting with my toes in the sand...
The four friends who had successfully made it to the beach offered to drive the hour each way to get us, but we, feeling defeated by the day's events, declined their gracious offer.  Interestingly, there wouldn't have been a post up today at all.  Yesterday, I attempted to set up a post about Old Wives Tales.  I should have seen it as a bad omen when I couldn't get blogger to work properly and eventually gave up.  This morning, as you can see, it's working perfectly.

Experiencing Technical Difficulties.  Please Stand by.
I don't know what's wrong with this month, but since it begin, the van had a flat tire, our truck was involved in a hit and run that smashed the driver's side mirror to pieces and the air conditioning in our home briefly wasn't functioning until it had a broken part replaced.  I thought, see, that's three bad things and since bad things happen in threes, I was in clear.  I was wrong.

Someday we'll laugh about this...
... just not today.  I'm trying to look on the bright side in an "it could have been worse" sort of way.  Well, yesterday at this time, I didn't have much inspiration for a new post.  I wasn't crazy about the Old Wives Tales that I had attempted but was denied to post.  Does blogger know something I don't?  What a difference a day makes.  It looks like a had a story to share with you this Wednesday after all.

Crossed Fingers
To be on the safe side, I'm going to sign off now in order to follow the old wives tale of crossing the fingers on both of your hands while avoiding black cats and walking under ladders to ward off any further bad luck!

Summer Break and a Pie Half-Baked 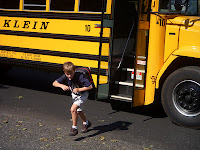 Now that school's out for summer, instead of blissful silence to write each week's post, I need to defer to the wonderful babysitter of over 150 channels of cable!  As I write this, Phineas and Ferb steals my attention from time to time.  Oh that Candace! Will she ever "bust" her brothers? 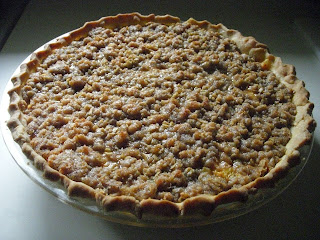 This phrase refers to the progress of my second novel: Secrets, Lies and Apple Pies.  I've reached the middle, the halfway point, the close-but-no-cigar marker, the almost-only-counts-in-horseshoes status.

Recently, I read an article about how not to write a novel or ever see it published.  Turns out getting a full night's sleep including no longer waking up early so your kid doesn't miss the bus, having a house free of grass clippings/dirty laundry/dirty dishes/dirty muddy feet, spending time carting said children all over the world, cooking anything considered edible for dinner, applying layer upon layers of sunblock to everyone in your family, pretending and attempting and falling miserably short to make your backyard look like something out of Better Homes and Gardens, setting up a 12 foot wading pool and filling it for three days with the garden hose while telling your children you never had something like this growing up, and watching any amount of television including Phineas and Ferb or catching up on the new season of Real Housewives of NYC on Bravo (among many other activities including yelling, "Stop it!" several times a day to previously mentioned children on summer break) actually prevents a novel from ever, ever, ever getting written.

Posted by Audry Fryer at 9:41 AM No comments:

And Venus Was Her Name 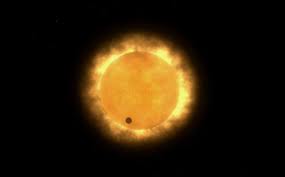 “For astronomers, the transit of Venus is rare and special. Something to tell their grandchildren about. Yet really, it has every bit as much relevance and significance to you. When you come to look back on it, you will see how it represented the moment when your life began to change direction. It symbolised the time when your future opened up like a flower, inviting you to revel in all its potential glory. Never mind how old you are or what you fear it might be too late for, you are just in time to begin a magical phase of your life.”
-from Jonathan Cainer’s Zodiac Forecasts   http://www.cainer.com/

Okay, you read it here first!  As soon as the magic starts happening, I’ll let you know.  So, looking around, uh, it all looks pretty much the same around here.  But, it’s going to happen.  I know it is.  Pretty soon … Just looking around … watching ... and waiting ... magical phase ... anytime now ...

While we wait, enjoy this musical interlude from Bananarama:
(Oh how I love the 80’s!)
http://www.youtube.com/watch?v=O5-54ImR-t4&feature=related 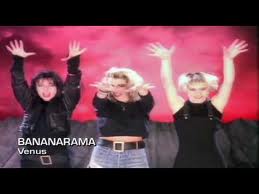 Posted by Audry Fryer at 9:18 AM No comments: